Anne Jobson a former elected Association Chairman, and is currently Group Leader of Exeter City Council.  She has lived in the area for almost 20 years, first in St Thomas before moving to north Exeter.  She is a barrister, specialising in family law, and has spent many years helping clients through some of the hardest days of their lives.

Anne has been involved in Conservative Party Politics for nearly 40 years now and was an Association and Area Officer in London. She was a Jt Treasurer for the Greater London Area for 3 years and served on the National Union of the Conservative Party. Anne has stood for Parliament 3 times including standing for the Exeter Constituency in 2001. Anne was proud to be awarded the OBE in 1992 for Political and Public Service.

Anne believes that the voluntary Party Membership is the foundation on which the Conservative Party is based and is keen to hear from anyone who lives or works in Exeter who would like to join the Association. Anne is always out and about delivering leaflets or canvassing and welcomes the opportunity to chat.

Anne works closely with the hard-working Conservative Councillors who sit on both Exeter City Council and Devon County Council and is always happy to hear from any Exeter residents about local issues of concern. “Our councillors are a hard working group and their work is so often un-noticed. Our Conservative Councillors are dedicated to helping local residents and I hope that in future elections we will increase our numbers until we are able to take control of the Council. Our current Labour Council is increasingly out of touch with the views of local people – whether it is the colossal spend on a swimming pool that they are forcing through, or their failure to listen to local views about the constant increase in purpose-built student housing in the City centre when residents want to see homes for the current and future generations of people who live and work in Exeter.”

She also adds: "Exeter Conservative Association is a campaigning Association. We want to know your views on our national policies as they develop under our new Prime Minister.  We want to know what you want to see done locally – however small an issue we will always do our best to help. If you want to get involved please join us and let us know how you can help."

Outside work and politics, Anne has a variety of interests, including falconry, and she is often seen at local events with Theia (her Little Owl), Walking her excitable springer spaniel (Disraeli), dance and gardening keep her fit.

“It is more than frustration, it is anger that Exeter remains at the bottom of Devon’s recycling league table,” says Cllr Anne Jobson responding to the Editorial in the Express and Echo (29th July 2021), “

We started to receive reports about an illegal encampment being established on part of the Digby Station Car Park. Many residents will remember the problems caused back in 2017 when a similar encampment used the park and ride site.

Earlier in the summer a working party of 25 volunteers set to work 'uplifting' the Children's Play Area at Sylvania Drive.  For four hours the group worked tirelessly to wash equipment, rub down, prepare and paint the railings around the playground. As a result, Sylvania Drive's Childrens Park has a new lease of life, and is back to serving the community proudly. 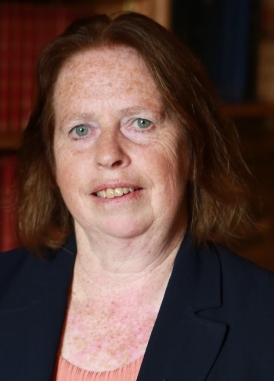