John Harvey is the Alphington Candidate for the 2022 local elections.

As City Centre Manager for 18 years, John has been at the heart of the city's development into one of the hubs of the Southwest.

After two decades working at the heart of city centre development, John was previously a City Councillor for Alphington.

During his time in office, he was a massive force for change in Alphington.  John is an Executive Representative for the Westexe Branch.

Today across Exeter, postal ballots will start arriving on doorsteps.  Postal voters are sent ballot papers about two weeks before an election.  Ballots have to be sent back to arrive on or before election day.

If you are a postal voter, be sure to vote for your local candidate today. 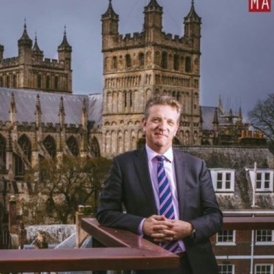