John Gray was the Conservative Parliamentary candidate for Exeter in 2019.

John has a wealth of experience in the business world and has been involved in a number of charities, all with a focus on helping young people.

His priorities for Exeter include environmentally-sensitive growth, social mobility and improving social care.

“I’m proud to be the Conservative Parliamentary candidate for Exeter – a city with a great history and a key part to play in the country’s future,” said John, whose family has a proud history of public service.

“Exeter is an exciting city which will benefit greatly from a Conservative government’s approach to education, the NHS, the environment and policing.

“It is an important hub for the county. Together with the dedicated team of local Conservatives, I believe Exeter’s voice will be much stronger with a Conservative MP working as part of a South West team.”

John currently works with start-up businesses, helping them to expand into new markets and locations.

He is well positioned to speak up for Exeter’s business community and help the city develop better-paid, more varied opportunities for young people.

John strongly supports Prime Minister Boris Johnson in his determination to get Brexit done and keep Jeremy Corbyn out of 10 Downing Street.

He said: “Never in my adult life has it been more important to return a Conservative majority.

“It’s the only way to deliver Brexit, move onto other priorities and keep Corbyn in opposition.”

Katherine New, deputy chair of Exeter Conservatives, said: “We look forward to supporting John in his work to represent the interests of all citizens of Exeter.”

Attorney General Geoffrey Cox said: “I’ve worked with John since 2010. He is principled, determined and knows what he wants to achieve in Parliament. He will be a great advocate for Exeter.” 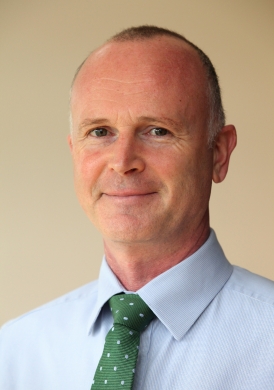