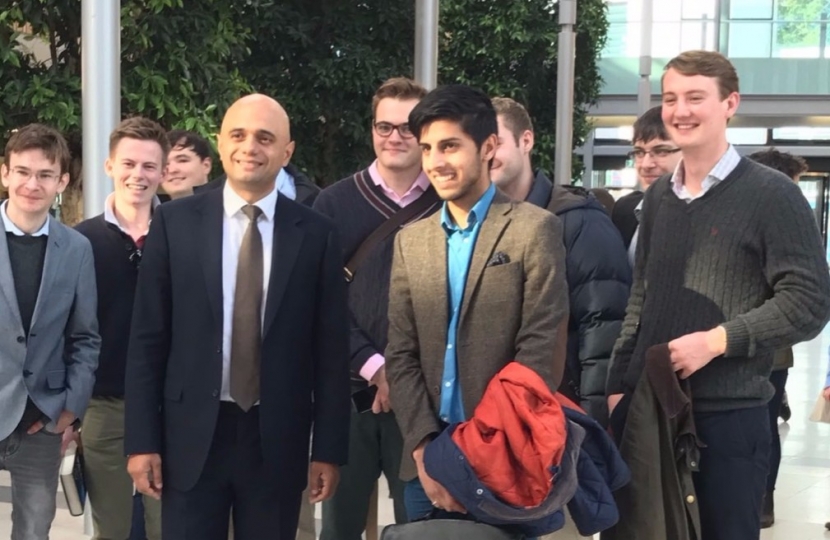 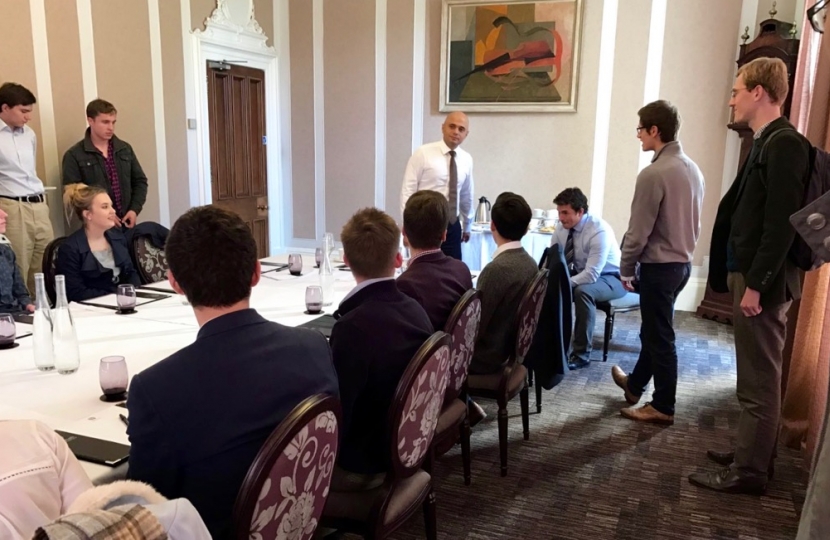 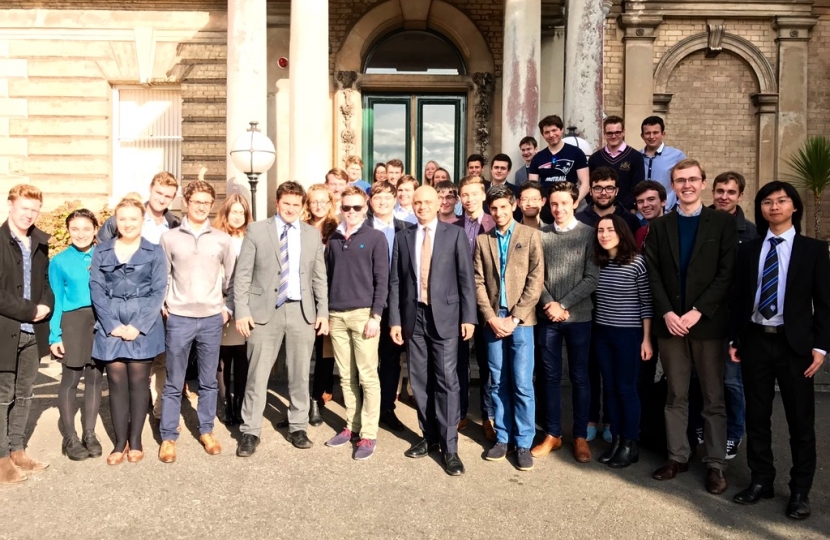 Members of the Exeter University Conservative Association were thrilled to meet the Rt Hon. Sajid Javid, Secretary of State for Communities and Local Government, an alumnus of the University, as well as Johnny Mercer MP, for a short but very lively Q&A session.

Before their meeting with members of the association, Mr Javid addressed business leaders, MPs and government officials from across the South West who gathered to take part in a series of debates and discussions about the economic future of the region, as part of the South West Growth Summit 2016.

Thereafter members had the opportunity to ask questions ranging from Mr Javid’s route into politics to advice on campaigning in Exeter. Mr Javid, being a former student at the University as well as General Secretary for EUCA, was very fond of his memories here and encouraged members to actively participate in politics and their local community.

Additionally, Mr Javid in his talk provided members an opportunity to learn more about the vision of Theresa May’s new government, greater clarity about ‘Brexit’, his plans for housing and the socio-economic challenges the South West faces as well as his vision to tackle them.

Moreover, Mr Mercer alluded to the changing patterns in the electorate and how he managed to win his constituency of Plymouth-Moor View, a Labour seat before 2010. Bold comments were made about how he sought to address the disconnect between politicians and ordinary hard-working people.

The highlight was, however, when Mr. Javid agreed to stroll down to the Forum, the hub of the University, to see for himself what had changed since his days here. On the way, members took photographs with him and the some in the public were surprised to see a Secretary of State amidst them on a sunny autumn afternoon! Mr. Javid stopped by the Pret to refuel himself with a cup of coffee and informed members of his struggle against the Guild for a more inclusive and conservative friendly student body.

All in all, it was a very successful afternoon in which members had a very rare chance to meet someone who is working at the heart of government. We would like to thank Mr. Javid and Mr. Mercer for taking some time out of their busy schedule to meet us.