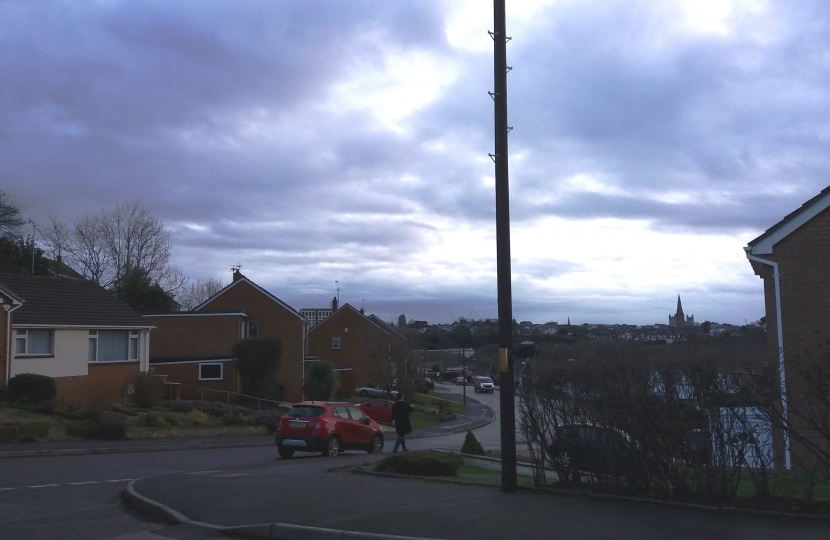 Great news for Exwick! After much hard work and letter writing of dozens of Exwick residents, Openreach have confirmed that they have put a hold on ALL further build work in the whole of the Exwick ward! This includes stopping the installation of fibre cables onto poles that have already been erected, as well as installing new poles.

Openreach have said they will be trialling ‘micro trenching’ technology in Armstrong Avenue in Pennsylvania to establish if this is a viable alternative to poles and wires. There is now a chance it seems, that if the trial goes well in Pennsylvania we may eventually get a solution more appropriate for Exwick, and get rid of the old-fashioned ugly telegraph poles already installed. Alphington has also seen poles turning up directly outside peoples’ houses, and Openreach recently also started installs in St Thomas.

The disappointing news for us is that a Labour Councillor just a few months ago was saying that Openreach’s plans were “Fantastic news for Exeter”. "In my opinion," said Kayleigh Luscombe (Conservative Councillor Candidate for Exwick), "our Council have let Exwick, Alphington and St Thomas residents down by allowing Openreach uncontrolled permission to blight our roads and open sky views, just to save money."

The West Exe Conservative team will continue to keep an eye on developments with the micro-trenching trial and campaign for this technology to be used in our wards, so that as many poles as possible can be taken down.

If you are affected by an Openreach pole, or see an eight-inch grey circle or BT sign on the pavement outside your house, get in touch for some advice of how to object.

Find out more about the work of the Conservative West Exe Team at our Facebook page: https://www.facebook.com/West-Exe-Conservative-Team-182518035881913/