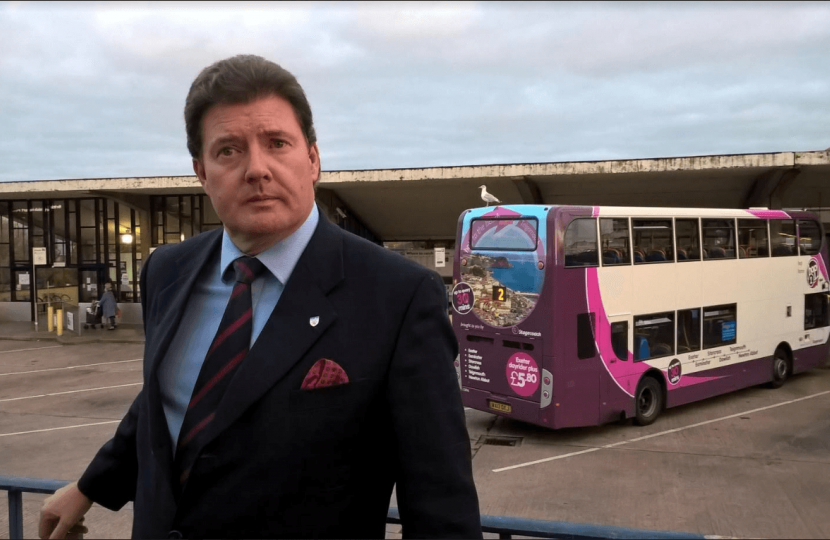 A statement from Cllr Andrew Leadbetter, leader of the opposition at Exeter City Council:

"I am delighted that Cllr Edwards has listened to the Conservatives and Devon County Council as well as the residents of Exeter, and has made another U-turn and decided not to close the Bus Station - but to allow Stagecoach and other Operators to continue to use it. Paris Street will also remain open, something else that we have campaigned for."

"This makes perfect sense, and the Conservatives had submitted an amendment demanding the same" said Cllr Leadbetter.

Why should the citizens of Exeter suffer because of this disastrous project, that has already cost us all close to £5M?

Conservatives will now work to explore alternative schemes and a Bus and Coach Station build that is fit for purpose. We want to hear what Exeter residents want. We also have our own exciting ideas - to provide things that we all can enjoy.

We want to save the Riverside Swimming Pool, on Exe Bridges and provide a new pool as well.